What is react native? - UkraineStaff

What is react native?

React Native is a JavaScript framework for building native mobile apps. It’s based on React, a JavaScript library for building user interfaces, but instead of targeting the browser, it targets mobile platforms. In other words, you can use the same code to build native apps for both iOS and Android.

What is react native?

What are the benefits of using react native?

1. It uses JavaScript, which is a widely-used programming language. This makes it easy to find developers with the skills necessary to create react native apps.

2. React native apps are highly responsive and fast. This is due to the fact that the framework uses an asynchronous programming model.

3. React native allows you to create reusable components. This means that you can save time when developing your app by reuse code that you have already written.

4. The framework has a large community of developers who are always creating new libraries and tools that can be used with react native. This means that you can get help and support from other developers when needed.

How to get started with react native?

If you’re new to React, you should also check out the React website. React is a JavaScript library for building user interfaces. React Native is a platform that lets you build native mobile apps using React.

Once you’ve got a basic understanding of React, you can move on to the React Native tutorials. These will walk you through the process of building a simple React Native app.

What are some popular applications built with react native?

React native is a popular framework for building native mobile apps. Some popular applications built with react native include Facebook, Instagram, and Airbnb. React native allows developers to create high-quality native apps with a single codebase. This makes it a popular choice for developers who want to create cross-platform apps.

React Native is a fantastic tool for developing cross-platform mobile apps. It allows you to use the same codebase for both Android and iOS, which cuts down on development time and costs. Additionally, React Native provides a great way to create an interactive user interface. If you’re looking for a way to develop mobile apps quickly and efficiently, React Native is definitely worth checking out. 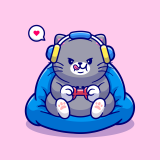 What is smart outstaffing?

How to select Python Django developer?

Where can I hire a software developer?

How to hire a blockchain developer?

How to hire a database developer?

We offer the best Ukrainian IT pros for great rates.
Get a Quote

Digital Target Marketing offers a broad range of online services from retail branding and shopping cart development, to email & mobile marketing. With state-of-the-art reporting, site analytics, & build-a-brand testing, we can track where every penny is best spent along with where your campaign is succeeding & where it needs a lift.

Where can I hire a software developer?

How to hire a blockchain developer?

How to hire a database developer?